But I’m a writer, so I should be great at writing blog posts. Right? Wrong. Give me a storyline, and I can write for seven thousand words or four solid hours, but ask me to write a blog post, and I freeze.

So, I thought long and hard over a cup of tea and decided I’d talk about my journey to this point and how I got here, because maybe someone out there at the beginning of their journey might feel like they aren’t alone.

I wrote my first words for public consumption (not including school etc.), back in 2007/8, writing over a million words of fan fiction in the AU world of Jensen/Jared in Supernatural. In my stories, they were cowboys, or heroes, or anything but actors in a TV show. I learned a lot about writing from fan fiction, creating suspense, and characters that people want to read more about. I also learned some of the lazier moves like not describing things in my first books, which was soon edited out of me.

2010 I sold a short story to DSP and a novel to Silver Publishing. Silver took every single book I wrote as soon as I’d finished and I had a home there. That was until Silver’s owner decided that he wanted to keep all the money and run away. Yeah, not a good start to my career. Incidentally, a lot of people out there have been hit by publishers closing down, some acrimoniously like ARe, some more professionally.

I found other places for my books but had so many come back to me from Silver in one go that I thought I would give self-publishing a try. I mean what could it hurt? Let’s just say it’s been a good result for me. I was lucky; this happened before the great KU deluge that has caused myriad issues for authors, and created new authors as well. That’s a topic for another day. Seven, nearly eight years into my publishing journey, and I’m feeling settled and calm. Bad reviews are like water off a duck’s back, constructive reviews I learn from, good reviews I hug close. I am 99% self-published, with over 110 titles to my name, translations in French, German, Italian and Spanish, and also a whole raft of paperback books and audio. My advice to any new author out there, just keep writing. Don’t give up, write like the wind! And yes, if you feel you’d benefit from working with a publisher then you should do that, equally, if you want to self-publish then that’s just as good! Just go with the flow J

So that brings me to one of my first ever published books, The Heart Of Texas. Gah, that seems like years ago now. Still, I’ve just released Texas 8, the final book, an extra for fans who wanted to see what happened next, so it’s weird that Texas has spanned that far.

And that is what I love to write about. Love, always with a happy ever after.

Win a $10 Amazon gift card (or equivalent in your country) by answering this question – what do YOU love about MM Romance?

Hiring a boyfriend for Christmas; what can go wrong?

Derek is facing yet another Christmas where his life feels out of control. He has a new career that doesn’t feel like his, and parents who would just love to see him settled down. All he needs is a temporary buffer for the parties he has to attend, and for his parents to leave him alone. Enter, Luke.

Luke is twenty-thousand dollars short for the renovations on Halligans; his family’s bar in New York’s Financial District. A favor for a buddy has him agreeing to play the part of boyfriend to a guy with more money than sense.

But when the spirit of Christmas works its magic on the two men, and they begin to fall for each other, Derek runs scared, and Luke needs space.

It doesn’t matter what obstacles you throw in the way of love, or how much you run in the other direction, because, when you’re least expecting it, whether you want it or not, love happens anyway. 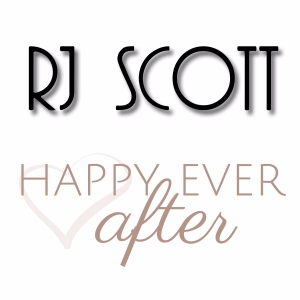 RJ Scott is the bestselling romance author of over 100 romance books. She writes emotional stories of complicated characters, cowboys, millionaire, princes, and the men and women who get mixed up in their lives. RJ is known for writing books that always end with a happy ever after. She lives just outside London and spends every waking minute she isn’t with family either reading or writing.

The last time she had a week’s break from writing she didn’t like it one little bit, and she has yet to meet a bottle of wine she couldn’t defeat.