Cover Art: The title is in the foreground in an upper case script, mainly in white but ‘You’ appears in turquoise. The author’s name is in a plain font across the bottom. The background shows the partial head and shoulders of a couple in bed.

Synopsis: Sets the scene very well from both characters’ perspectives. There is a trigger warning as there is a flashback and references to sexual assault in the course of the story.

Plot: The story begins with a birthday party for Kelly who is the admin assistant to a new boss Andrew ‘Drew’ Whitman who Kelly is convinced hates him because of his offhanded behaviour towards him. However Drew kisses Kelly after the party and this is the beginning of a complicated love story which could collapse around them due to secrets they are both unwilling to reveal.

Main Characters: Kelly Brooks Montes, administrative assistant by day and go-go dancer by night, carer for the past four years to his seven year old brother.

Andrew Whitman, Kelly’s boss who had given up on finding ‘the one’ until he meets his hot young assistant.

Secondary Characters: Jaylen, Kelly’s seven year old brother who has been looked after singlehandedly by Kelly since their parents were killed.

Alexis, Andrew’s best friend and confidante contributes to the story throughout but doesn’t physically appear until towards the end.

Kelly has numerous friends and Andrew has family who flit in and out.

Flow/Continuity: Scenes flow smoothly from one to the next with no continuity issues found.

Conflict & Climax: Kelly is conflicted the whole way through. He was badly hurt in the past and with looking after his younger brother too, he cannot believe that anyone would ever want him. Andrew has serious issues with his family which he needs to sort out. The final climaxes come as a result of Andrew not revealing his secret to Kelly and the threats from his manipulative father.

Writing Style: This is told in the third person. Each chapter is headed with the character who has the main part and it is their thought which appear in italics. Where perspectives or scenes change they are marked.

Editing/Formatting: Very well edited, a couple of very minor typos but this is a review copy and will have been fixed by publication day. Formatting was very tidy. Neat margins, chapters beginning on new pages with no superfluous whitespace and headings in bold type.

Price: For the length of book and quality I would say the price is easily justifiable.

Conclusion: This is one of those books that you just have to keep reading one more page when it’s time to put out the light until before you realise it, you find it is 3am and you’ve reached the end. 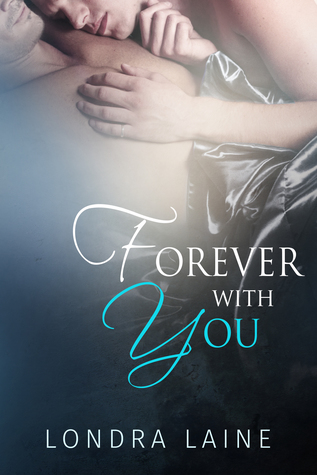 Title: Forever with You

Please be aware that this book contains a flashback of and several references to sexual assault.

Kelly Brooks Montes is only nineteen years old and just starting college in New York City when tragedy strikes, and he becomes a single dad to his toddler brother. Four years later, Kelly and his baby brother, Jaylen, are doing well, though Kelly leads a double life to make ends meet. He’s a high-level administrative assistant by day and a racy go-go boy by night. Between raising his brother, dancing, and trying not to run afoul of his new boss, Kelly doesn’t have time for a boyfriend. Even if he did want a man in his life, a past trauma makes him question whether he can ever trust a man with his body or his heart. But then Kelly receives an unexpected but steamy birthday kiss from his boss, a man he was sure hated him, and he begins to wish for things he knows he shouldn’t.

Andrew Whitman knew from the moment he held Kelly’s hand that the man was special, and it both annoyed and terrified him. Kelly makes him feel a little out of control and Drew is a highly controlled man. He has to be to keep his sexuality a secret from his father, a conservative politician. And he is OK with that. He has a perfectly good, mutually beneficial, life plan with his best friend, Lex. A long time ago, he’d made his peace with the fact that he’d never find a man worth turning his life upside down for. Then he ends up with his capable and gorgeous assistant under him on top of his desk, and his life plans change. Drew can’t seem to get out of his own way when it comes to the quiet, sexy, and surprising single dad, but he can’t stop himself from falling for Kelly and his sweet baby brother. And just when it seems that Kelly has worked through his past hurts enough to let Drew into his body and his heart, manipulative family and words unspoken threaten to tear them apart. But after getting a taste of a life he never thought he could have, Drew won’t let anything tear his fledgling family apart.

Hot, wet, messy, they fed off each other. Kelly tightened his grip around Drew’s neck, hoisting himself up and bringing his legs around Drew’s waist. Drew slid his hands to Kelly’s ass, kneading and clutching him while Kelly started to slowly rock his hips.

“There you go, baby. Fuck, you feel so good. Take what you need.”

Kelly started grinding against Drew aggressively, his low, sexy moans making Drew’s cock ache with the need to be even closer. Skin to skin.

Drew spun them around, and with one hand, shoved a bunch of crap off his desk and onto his chair, laying Kelly out on his desk.

Drew grasped and spread Kelly’s thighs as he settled between the smaller man’s legs, pressing them chest to chest. Drew pulled Kelly’s glasses off his face and gently tossed them in the general direction of his desk chair, hoping they landed safely.

Drew wanted to fully possess Kelly. Absorb him, sink into him, claim him, soak him in. Drew lifted Kelly’s wrists above his head with one of his hands, restraining him while he fondled Kelly’s dick through his pants with the other. He needed unfettered access to him.

Londra has loved reading since she discovered The Baby-Sitters Club, which remains her favorite book series. As a child, her parents would ground her by taking all the books out of her room for several days. Little did they know that when she couldn’t read other peoples’ stories, she’d make up her own.

Londra began reading romance in 2008. She fell in love with the M/M romance genre after purchasing a book by accident several years later. After decades of daydreaming, and jotting down storylines in various notebooks, Londra decided to give life to the characters in her head. She writes to give her guys the happy ending she wishes everyone––no matter their race, religion, gender, or orientation––could experience in real life.

To pay the bills, Londra helps IT engineers communicate with the people using their products. She is a recovering journalist and a former political staffer. Londra loves to watch American football, baseball, Seinfeld, The Golden Girls, and almost any show on HGTV. In 2010, she moved from her native California to New York City where she lives with her partner in Harlem. Forever With You is her first book.

Enter the Rafflecopter Giveaway for a chance to win either a $30 or a $15 Amazon gift card. 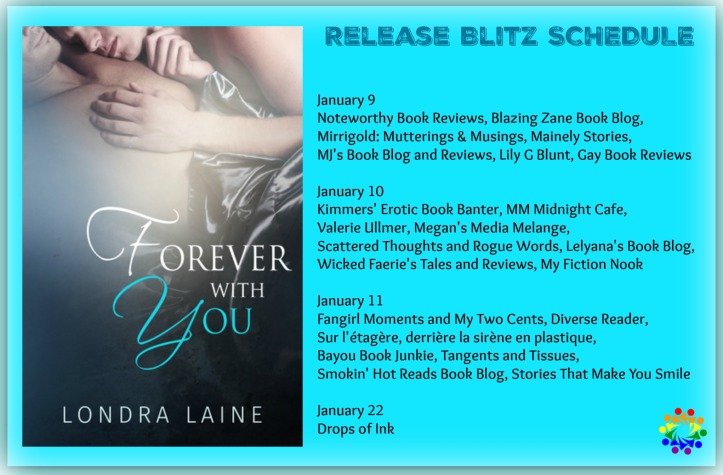 Fangirl Moments and My Two Cents

Stories That Make You Smile 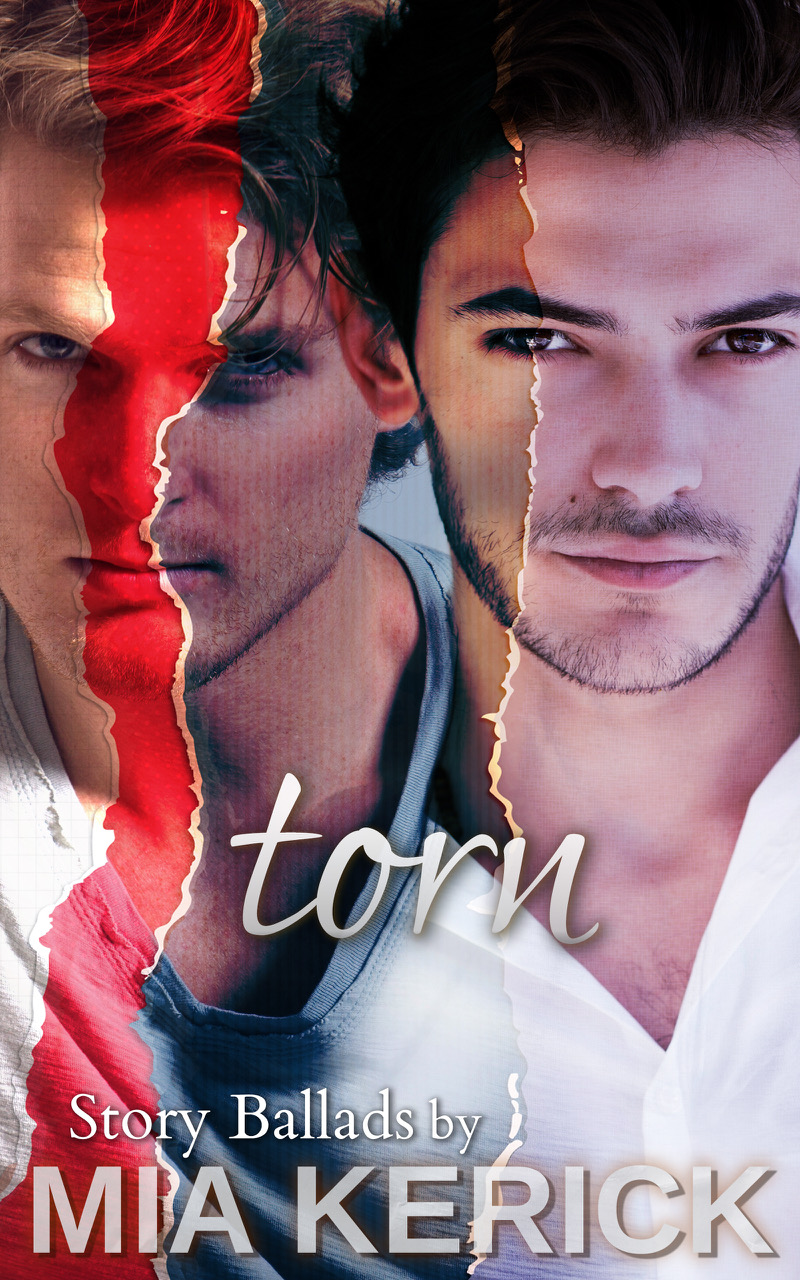