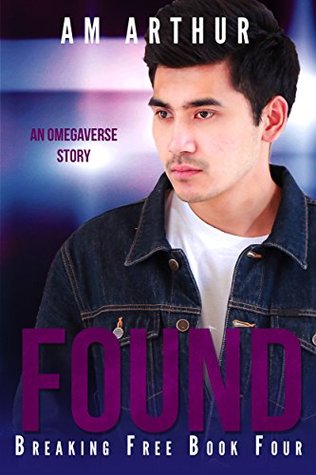 Cover Art: Shows young man looking off to the side of the camera. Title, author name and that it’s part of a series is clearly visible and cover fits in well with the branding of the series.

Synopsis: Gives enough detail without giving too much. Includes warnings that go with omegaverse stories as well as for sexual assault and abuse. These are in the book and series but not as heavily featured in this one.

Plot: Picks up where Heard left off, so reading the books in order would be helpful.

Main characters: Senior Constable Isa Higgs is a widowed father of 3 who is pushing 40 when he meets Liam Haley who is almost 20 during a raid where Liam was being held as part of a fighting ring.

Both characters have their draws, Isa is grieving his mate and has seen several of his men find their mates and start families. As well as realizing the world is a dangerous place for omegas and even betas. Liam lost his family and ended up in a place that was supposed to protect him but turned out to be the opposite. Now he’s been pulled from hell and has an uncertain future. And soon a child he didn’t want and wasn’t given a choice of having.

Secondary Characters: Braun and Tarek Bloom, Kell and Ronin Cross as well as Jax and Karter Jenks all make appearances. New characters are Layne, Brogan, Reid and Jaysen who was rescued with Liam and Isa’s three beta sons Demir, Aven and Tarius.  We also meet Hank Mancini who while introduced later in the story is the villain.

Flow/continuity: The story flowed well, it had ups and downs to keep the reader interested.

Conflict & Climax: This was the perfect balance of an intense story and a statement. The climactic points made me keep reading and the results were satisfying.

Editing & Formatting: There was no problems that took away from the story.

Conclusion: This author has a talent, she can take a story and add in a social commentary without it turning preachy, you learn without realizing it until after you finish.

This was another great read, had a great storyline and wonderfully vivid characters combined with action. I loved Liam’s character with his inner strength and Isa’s emotional growth and rebuilding his relationship with his sons brought me to tears. I look forward to reading more from this series.