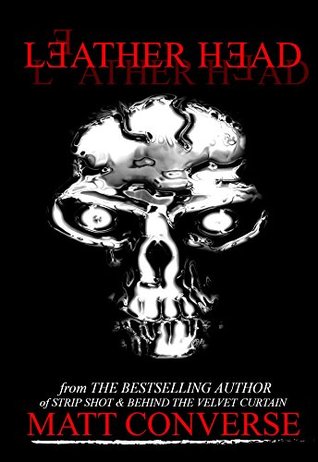 Synopsis: Matches the story and gives you a glimpse of what is to come. This is an actual thriller.

Leather Head- In town for 4 weeks now. Is it a coincidence that there have been four murders?

Gable- Not into the bondage thing, but open for adventure.

Flow/Continuity:  The story grabs you from the beginning and holds you in its grip. Definite M/M encounters that fit the story.

Conflict & Climax: The killer demands to be called ‘Sir’ as is normal for the storyline. He (no spoilers) gets off on killing.

Editing/Formatting: There are not distinct chapter headings but asterisks separating scenes.

Priced: Easily affordable for a new release. I would purchase it a bit higher price.

He’s easy on the eyes, but deadly to the touch.

Gable is just playing dress up for San Francisco’s leather S&M fair, but Leather Head isn’t playing. His friend Shawn warns him to be careful what he’s advertising for since the community has been rocked by four brutal murders. Gable still thinks it’s all in fun, but it isn’t. Desire can be deadly.

He pulls the leather hood over his head and fastens it in the back. He pulls on his studded leather gloves. He is ready to go on the prowl again. He’s hungry for more. He knows tonight will be special. There are boys in from all over the world this weekend. He can hardly wait. The anticipation of the kill is almost more exciting than the kill itself. He paces in his apartment like a caged panther waiting to be let out. The difference is, he has the key.

Behind the Velvet Curtain is a thriller with a touch of horror in that the main character, a stripper, ends up being stalked by one of his fans. Strip Shot, the prequel, shows how he got to the stage and has a splash of paranormal horror. His latest, Leather Head, is a full bore horror shocker.

He’s an avid fan of tennis, horse racing fan, and the Alabama Crimson Tide. His inspirations range from Alfred Hitchcock and Stephen King to Lady Gaga.