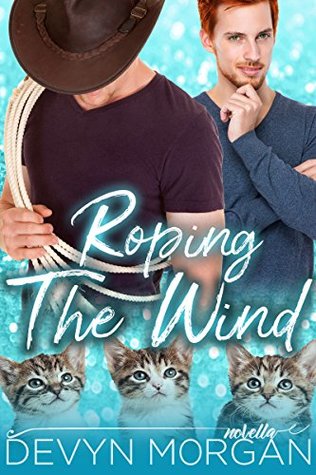 Cover Art: The cover is interesting. I did not like the men, but I liked the kittens. The kittens made the cover. The men were average. They consisted of a cowboy and red head thinking. The men did not say passion to me.

Main Characters: Dalton, a veterinarian who is in town to take care of horses

Cody, a small-town librarian who is not looking for his happily ever after

Dalton and Cody are opposites. Dalton is comfortable on a ranch in the country whilst Cody prefers the town. Cody is a party animal who cruises the local gay bars. Dalton is not really into partying and one-night stands. There was a lot of chemistry between the two.

Secondary Characters: I liked Cody’s relatives. They gave him support and came as written very realistically.

Writing Style: The story is an easy read. The narrative is in the third person but told from the main characters. It is done nicely. I liked the dialogue in this story because it was natural. Romance wise this story did not have a lot of sex, but the author built up the anticipation level so that when it occurred, it was an explosive read.

Plot: It was a straightforward, filled with drama and cute fluffy kittens.

Conflict/Climax: I think the biggest point of contention between the main characters is their views on relationships. The biggest question is would they or would not they get together. The climax of the story is rather well written and fixes all the issues between them.

Conclusion: I liked this story because the characters made a great couple. Dalton and Cody made the story worth reading because even though there were not a lot of romantic scenes, the possibility of what might happen next with them kept me reading on.

For all these reasons, I award this story an 8 out of ten stars!