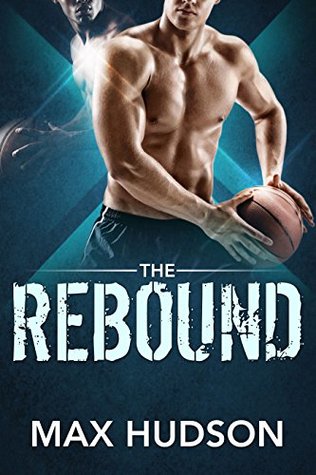 Cover Art: This cover art is boring. I don’t like it at all. There is a white player center stage with the ghosting image of a black player in the background. It’s not creative at all in my mind. The men are both holding basketballs. There is no sexual tension in this art. It turns me off as a reader.

Main Characters: The main characters are Milo and Taylor. They are college basketball players who are at odds with each other. They both feel trapped in their lives, forced to live what others expect. Their animosity towards each other gradually turned to “passion”. Personally, Milo and Taylor are not likable characters for me in the first part of the story. By the second half, they have matured greatly and have become somewhat likable but still I think that there was really nothing to bring them together for a happily ever after.

Secondary Characters: I hated them. They were horrible to Milo. They were shallow and stuck in their own world. There was nothing redeemable about them.

Plot: This a straightforward story. It is in the sports romance genre with an I hate you theme. It has been done so many times before.

Writing Style: The author is very wordy. It makes the narrative boring. Every other chapter is narrated by either Milo or Taylor. The only negative I could find about it was the fact that the story dragged on and it took so long to get to any form of sex. In the first part of the book, the sex was okay but not the best from this author. It felt like it was placed there to fill a hole. Basically, one sex act and the mention of heterosexual sex. The second half of the story’s sex is rushed and not meaningful. The story in my opinion is not a romance because the only romance in the book is a hook up.

I loved the author’s dialogue. I like how it flowed out of the characters. It was real. It was the only positive aspect of this story. The author knows how to craft the conversation.

Conflict/Climax: Milo and Taylor face many issues throughout the story. The main one and the most important is about their sexuality. The society that they are a part of forces them to be in the closet when they know they want their own sex. I think that the author did an excellent job of expressing this conflict within the men. It made me feel bad for them.

Conclusion: I am disappointed in this story. Sports romances are not usually my thing, but I am openminded, so I gave it a try. I did not like how the author made Bloomington, Indiana out to be backwards, when it is a rather progressive place. If the author had done any sort of research, he would have found that out.

I found the characters rather unlikeable and it is rather unbelievable that they could fall in love with each other. The author started the story off decently and then he moved it drastically in a direction that made the romance flat and unreal.

For all these reasons, I give this a 4* out of ten.