In alphabetical order the books are as follows:- 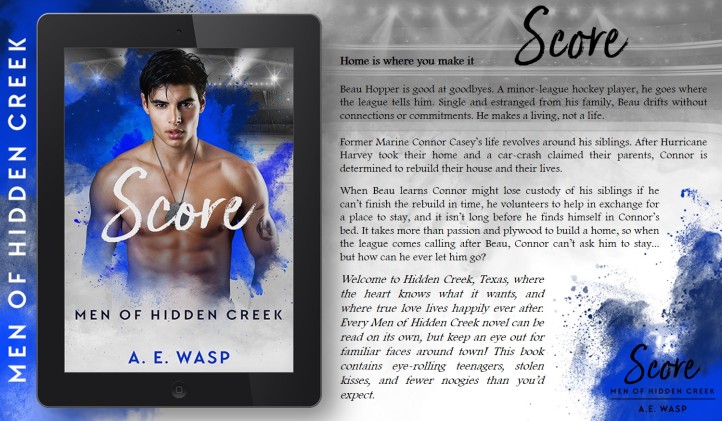 When ice-hockey player Beau Hopper’s van rolls carefully into Hidden Creek and the repair shop owing to a problem with its brakes, it could be the answer to Connor Casey’s prayers. Connor is struggling to balance working in the repair shop with looking after his four half-siblings and repairing their Hurricane damaged house. Beau needs a place to stay and Connor has a trailer sitting empty which he offers to beau in return for some work on the house. The house must be put in order by the date Mr Preston from social services, has set or he will take Connor’s family away.

The only book in the collection which does not take place in Hidden Creek although the characters have their homes there. So follow the fortunes of Tyler Florman, as he works his way back to full fitness on the tennis circuit and has his sights firmly set on winning the elusive Grand Slam title that is Wimbledon, the greatest grass court tennis championship there has ever been, and the only championship he has not won. His only concern is that he is not out and has fallen for Chip, a young Hidden Creek EMT who answers the call when Tyler wrecks his car avoiding a dog in the town.

Orion (Ryan) Miele is a bodyguard and has come home to Hidden Creek to help out his gramma, Cora, after she fell and fractured her hip. Gabriel Spicer looks after the fresh vegetable stall along with Cora. He was at school with Orion and had a crush on him since they first met. He even asked him out on a date but unsurprisingly was turned down by the straight Orion much to the whole school’s amusement. Now Orion is back and it appears he maybe isn’t so straight after all and wants to give the pair of them a chance. When Gabriel has problems with his clingy ex, Chad, who won’t take ‘no’ for an answer, Orion steps in to help out. So for the man he turned down all those years ago.

Fox Walker is a CIA hacker who comes to Hidden Creek on the trail of a terrorist and meets up with Former Green Beret Axel Ford, now an FBI agent, and the man Fox can’t get out of his head from a tour in Syria eight years previously. The two join forces and work hard to protect Hidden Creek from a gang of international terrorists but may have to sacrifice finding the time for a second chance at love.

Austin’s career in the navy was cut short following a plane crash so he comes home to Hidden Creek. He catches a young guy breaking into his neighbour’s apartment and realises it is an old school friend’s cousin, Hale. Hale had always had a crush on Austin, but now he has a chance to help him out, even if there is no chance for romance. Or is there?

Chase Williamson, who everyone knows is gay although he has never outright said it, became father to his five year old daughter Lyla from a high school romance, after her mother died suddenly due to an aneurism. He takes her for her health check and meets the gorgeous new physician assistant Hunter Duke.  Chase and Hunter have a fight on their hands when the homophobic Mr Preston from social services is determined to do whatever it takes to remove Lyla from Chase’s care.

This is an incredibly well thought out and planned collaboration by six authors who have joined forces to give us this collection of six books.

Each author has written one book, with each story having a different theme although one thing they all have in common is the town of Hidden Creek. We have a mixture of funny, poignant and downright romantic stories, with something to suit everyone.

Some of the inhabitants of Hidden Creek make an appearance in more than one book. Both Connor from Score and Chase from Storm have to do battle against the homophobic, prejudiced and bigoted Mr Preston of Social Services – I really grew to hate him! Hunter the gorgeous physician assistant from Storm is also mentioned in Serve.

The books can all be read as stand alone stories and there is no set reading order – just enjoy them, and hope that there will be sequels!

Price: The books are well priced and to tempt buyers are on promo for a week or so after their release.

Conclusion: There is not a weak book among this collection. They all have very strong storylines, well developed characters and supporting backstories. They have captured my imagination giving me a very clear picture of the picturesque little town which is Hidden Creek and some of its inhabitants. Did I say I hope there will be sequels?

I have to give each one of these books a very well deserved 10*. 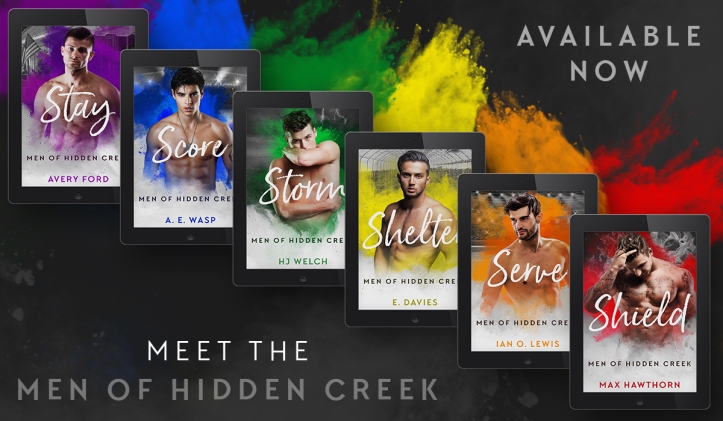