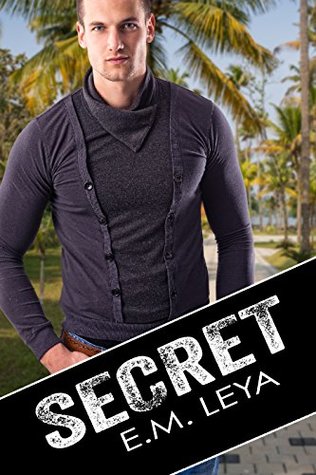 Cover art: Shows a man in a black shirt and sweater in front of palm trees. The title and author’s name are in white print on a black band going across the bottom. A very eye catching cover which looks very original.

Plot: Kasey and Noam both hunt bad guys, just on opposite sides of the law. Both have secrets that set them apart and makes it hard to find companionship. Excellent plot with rather descriptive scenes of dealing with pedophiles. Not for the squeamish or those who are triggered by violence.

Main characters: Noam is a detective, he left Israel seeking a fresh start after being injured by an ied. Kasey is a pedophile hunter with a traumatic past and deals with it by hunting the evil ones who hurt children. Both are well written characters who have believable scars and issues.

Secondary characters: There is Kasey’s team of Matt, Xander, Matt’s daughter Faith as well as Bryon and several other team members. Kasey’s sister though deceased due to suicide is the inspiration that spurs him in his mission. They form a family unit for Kasey, and Faith is the voice of reason for him; she’s a very strong character for her young age.

Flow/continuity: There were no plot holes or issues with flow or continuity.

Editing/formatting: No major editing issues, just a wrong word in a couple of spots. A few formatting issues were present, a blank page in two spots at the end of chapters and the epilogue started in the middle of the page instead of the top.

Conflict and Climax: The conflict came from Noam and Kasey being on opposite sides of the law but having the same objective, stopping the evil ones who prey on the innocent. The climactic end was them coming together with shared needs and realizing they could work together to solve the issues they both believed in.

Conclusion: I loved this book. It showed the repeat offenders being stopped by drastic means that had me crossing my legs a few times. From Noam and Kasey’s individual issues involving sex to past traumas that left psychological scars E.M. managed to deal with them in realistic ways. The way the pedophiles were dealt with was satisfying, but if violence is a trigger those scenes might be upsetting. I recommend this book if you like gritty stories that showcase tough issues.