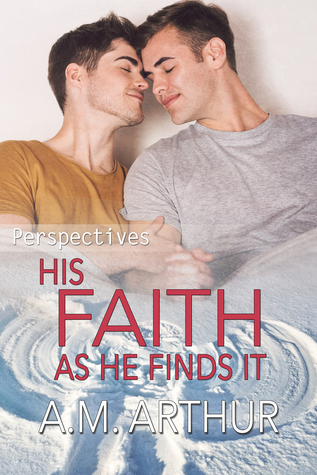 Cover Art: The top half of the cover features two young men against a plain beige background. They are smiling, foreheads touching, and eyes closed. The bottom half is snow covered ground with what appear to be vehicle tracks. Title is in a clear upper case font with the author’s name in white upper case. It is appropriate for the book content.

Synopsis: Gives the background to the two main characters and an outline of the story.

Plot: A young man is horrified to find out he has become the primary carer for his uncle after he is crushed in an accident. Horrified because the uncle had treated him abominably during his teens. He doesn’t want to be involved so he hires 24 hour care. After a shaky start he becomes friends with one of the carers and they find there is a chemistry between them.

Vinson Larrazzo, in-home nurse who has the unenviable task of looking after Rick’s uncle during the evening shift.

Secondary Characters: Gerard Fowler, Rick’s uncle who has a very low opinion of his nephew and thinks he is good for nothing. There are friends of both main characters who contribute to the storyline.

Flow/Continuity: The story flows easily from scene to scene and no issues were found.

Conflict & Climax: The conflict throughout the story is the relationship between Rick and his uncle which is clearly affected by events in the past which neither of them are willing to forgive or forget. Vinson’s initial impression of Rick is somewhat clouded by Gerard’s opinion of his nephew even though he doesn’t want it to. Both main characters have secrets which could be devastating to their relationship although we know the climax is going to be whether the two young men can make it through without those secrets tearing them apart.

Writing Style: Written in the third person, past tense. The author has an easy flowing style, teasing you along the story.

Editing/Formatting: Neatly formatted, chapters begin on a new page and are simply numbered. There were a few minor errors in the review copy but nothing to affect the storyline.

Conclusion: This was so well written and at times I was brought close to tears. Very emotive.